Ryan Hopkins is entering his second season as the head coach of the San Diego State men’s soccer program. Hopkins was hired in January of 2020 following a national search, becoming the fourth head coach in program history.

In the shortened 2020 season, which was played in the spring of 2021, the Aztecs routinely started eight or nine underclassmen and went 1-7-2 with three one-goal losses, two of which were against top ten teams. SDSU knocked off No. 4 Washington 2-0 on March 28, 2021, Hopkins’ first win and the Aztecs’ first victory over a top-five team since 2006.

A Southern California native, Hopkins came from the University of Virginia where he spent the two seasons as an assistant coach at where he helped lead the Cavaliers to a 21-2-1 record in 2019 and an appearance in the NCAA Championship match where they tied Georgetown 3-3 before losing on penalty kicks.

“I am honored to be named the men’s soccer head coach at San Diego State University,” Hopkins said upon being hired. 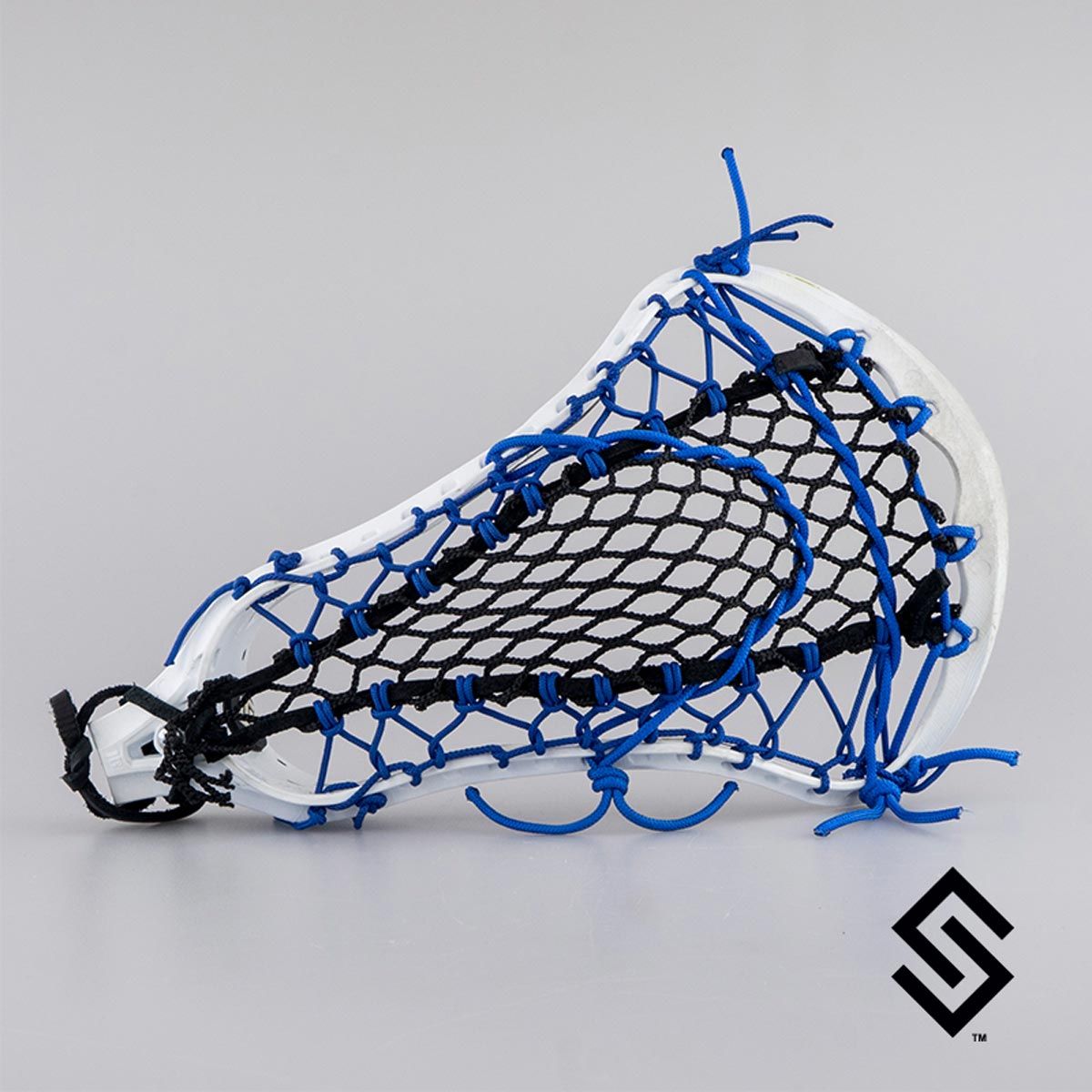 “It is a dream to come home to California and lead a Pac-12 soccer program. San Diego State provides a great platform for our student-athletes to excel in the classroom, on the field and in the community. I look forward to helping them find the best versions of themselves everyday as we continue to push the program to new heights.”

In 2019, Hopkins and Virginia were the ACC Coastal Division and ACC Tournament champions and earned the No. 1 overall seed in the NCAA Tournament before making their run to the championship match. Prior his departure, Hopkins helped the Cavaliers secure the No. 6 2020 recruiting class in the nation according to Top Drawer Soccer.

In 2018, Virginia had an ACC record four All-Freshmen Team honorees and advanced to the Sweet 16. After the season, the Cavaliers received the United Soccer Coaches Team Academic Award for just the second time in school history.

“I am excited to welcome Ryan to the Aztec Nation,” Aztec director of athletics John David Wicker said. “Ryan has great experience building programs into consistent championship contenders. Our student-athletes will benefit from his experiences on and off the field. I look forward to our men’s soccer program consistently competing for championships on the field and in the classroom under Ryan’s tutelage.”

Before coming to Virginia, Hopkins spent five years at the University of Denver where he helped shape the Pioneers into one of the top soccer programs in the country. Denver had undefeated regular seasons in both 2015 and 2016 (28-0-6) and advanced to the program’s first College Cup in 2016. Following the season, the Denver coaching staff was tabbed the 2016 NSCAA Coaching Staff of the Year.

During his tenure at Denver, he helped the Pioneers capture four-straight Summit League regular season and tournament championships and advanced to the NCAA Tournament in four of the five seasons he was on staff. From 2013-2017, the Pioneers boasted an impressive overall record of 69-19-13 (.748).

Hopkins has been listed as one of the Top 12 Assistant Coaches by College Soccer News in three of the last four years and was named the 2015 NSCAA West Region Assistant Coach of the Year.

Success on the pitch translated to the classroom for Hopkins and the Pioneers. Serving as the program’s academic liaison, Hopkins oversaw Denver posting the top team GPA in all of NCAA Division I Soccer in his final two years at DU.

Hopkins arrived at Denver prior to the 2013 season after serving as an assistant at Wisconsin for one year, three seasons at Cal Poly (2009-11) and five seasons at Concordia (2004-08), his alma mater.

At Cal Poly, he helped the Mustangs land two top-30 recruiting classes according to College Soccer News, including the No. 12 overall class in 2012. His coaching career began at Concordia, consistently one of the top NAIA teams in the nation, where he won a pair of Golden State Athletic Conference Championships and saw the Eagles finish as the national runner-up in 2007.

A four-year starter in goal for Concordia (2000-04), Hopkins was a two-time NAIA All-American and helped lead the program to its first appearance in the NAIA tournament in 2002. Hopkins departed Concordia as the program’s career leader in victories, goals against average and shut outs and second in saves. In 2010, Hopkins was inducted into the Concordia Athletics Hall of Fame.

Hopkins graduated from Concordia in 2004 with a bachelor’s degree in political science and obtained a master’s degree in athletic administration in 2008. Hopkins also holds a USSF A license and a USSF National Goalkeeping License.

“To the current players and alumni of San Diego State, I can promise you will get every ounce of my passion and energy to create a positive, competitive and resilient culture that will help us achieve our lofty goals on the field and in the classroom,” Hopkins said.

“I would like to thank John David Wicker, Tim Lanski, Antionette Marbray, Mike Friesen, Eddie Padilla, as well as the rest of the search committee for the faith shown in giving me this wonderful opportunity. I would be remiss if I didn’t mention some of my mentors that have guided me along my coaching path and helped me grow as a person: Jamie Franks (Denver head coach), John Trask (Wisconsin head coach), Bobby Muuss (Wake Forest and former Denver head coach), George Gelnovatch (Virginia head coach) and Don Ebert (Technical Director for Strikers FC) all saw something in me and I wouldn’t be where I am today without their support. I also have to thank all the different assistant coaches and players I have worked with as those are some of the strongest bonds and loyal friends I have to this day.”

What They Are Saying…
“San Diego State has hired a coach who I believe is full of potential. I am confident that Ryan’s drive, knowledge and passion for the game, along with his ability to recruit and connect with players, will make him a success at San Diego State and in the Pac-12.” – George Gelnovatch – Virginia Men’s Soccer Head Coach

“I could not be more grateful to Ryan Hopkins. Ryan has a wealth of experience and believes in developing the student-athlete as a person. Ryan will use soccer as a microcosm to develop life skills and habits into young men. The University of Denver was fortunate to have Ryan Hopkins work here from 2013-2017 where we saw the program reach new heights. Much of our success can be contributed to Ryan’s work ethic and commitment to student-athlete excellence. I have no doubt that Ryan will find success at San Diego State and I believe everyone in the community will benefit from his selfless leadership.” – Jamie Franks – Denver Men’s Soccer Head Coach (2015-current)

“Since the day I met Ryan, I knew he had a bright future in the game. His ability to relate with players and his understanding of the game combined with being one of the best recruiters in the country is the reason he is so successful. Ryan does everything with integrity and has a tremendous work ethic and drive for success. That, combined with his love for the city of San Diego and his desire to win, makes this a perfect match for the goals and ambitions of San Diego State. I couldn’t be happier and prouder of Ryan for all the work and sacrifice he has given to earn this opportunity.” – Bobby Muuss – Current Wake Forest Men’s Soccer Head Coach & Denver Men’s Soccer Head Coach (2007-14).

“From the first time I met Ryan, I saw he was passionate about soccer, winning trophies and creating a team culture. While at Denver, I learned about all the things Ryan did off the field; scouting teams and helping students with their academics while always holding everyone to the highest standard. I truly believe Ryan is one of the reasons I am where I am today. He showed me the importance of being detailed and doing things right every single day. When not many people saw potential in me, he did. His eye to spot talent and potential is unbelievable.” – Andre Shinyashiki – University of Denver forward (2015-18) & 2019 MLS Rookie of the Year

Ryan Hopkins Coaching Ledger (All as assistant prior to SDSU)